This is the first relatively recent entry in Watch My Library, so out of courtesy… 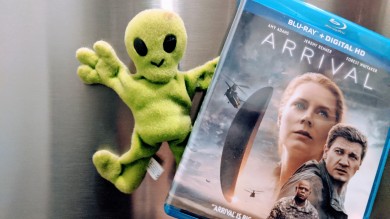 END_OF_DOCUMENT_TOKEN_TO_BE_REPLACED

In no coherent order…

I took a trip to Savannah, an incredibly cinematic location as evidenced by the number movies that have been filmed there. I had originally intended to write a rather ambitious piece about the various movies set in Savannah, but I don’t know if that will ever actually happen. I’m such a deadbeat blogger. However, I still managed to earn a handful of film buff points on my vacation. I visited a beautifully restored, 1920s-era movie house, the Lucas Theatre. In the midst of a Mel Brooks festival, I finally saw Blazing Saddles for the first time. Young Frankenstein is probably still my favorite, but I like Blazing Saddles a lot more than I thought I would. Madeline Kahn is the bomb and always will be.

I’ve been watching Penny Dreadful on Showtime. I really love premium cable television series because they frequently cater to my minimal attention span with super-short seasons. Even I can commit to eight episodes. Penny Dreadful is wonderfully atmospheric and features some top-shelf performances, particularly by Eva Green. I’m not obsessed with it or anything, but I do find it entertaining enough to keep watching. The finale airs tonight, and if they don’t completely drop the ball, I expect to tune in for its second season. But I do wonder if it can maintain its grip on its audience after the novelty wears off. In the meantime, I’ve also been quite enjoying the episode recaps on The Mary Sue.

The “found-footage” trope continues to pursue its doctrine of manifest destiny. Now the darkness is creeping even into kids’ movies. Good luck with that, parents. Hope you remember to take an air sickness bag.

I really looked forward to Edge of Tomorrow, but it wound up a mixed bag. Most of it I did enjoy. It delivered fairly on the trailer, but the ending wussed out harder than Tom Cruise does at the beginning. It reminded me heavily of the way Source Code (a movie I also mostly admired) went for the super-happy-joy-joy ending when going out on a bittersweet note might have served the material better.

Does anyone else remember a shitty early 90s comedy called My Boyfriend’s Back? As it turns out, it was simply ahead of its time. The trailer for Life After Beth proves that.

Neill Blomkamp makes ugly movies set in ugly worlds filled with awful people. He presents ham-fisted sci-fi morality plays about hapless protagonists. He always includes at least one utterly nasty scene with someone vomiting*, and he employs an epileptic camera to boot. These are not all automatically negatives, but I must admit I find nothing about this combination of artistic trademarks particularly entertaining. I did enjoy Elysium quite a bit better than District 9, but that really isn’t saying much considering that I straight-up hated District 9.

Elysium’s blessing and curse is that Blomkamp downshifts slightly on the bile. He still skewers humanity with all the subtlety of a Tyler Perry joint, but there are occasional moments where you invest in some characters. However, he seems confused about exactly how to graft some hopefulness onto his “people suck” schtick, and so the overall narrative winds up somewhat incoherent. But at least I can understand what’s happening in the action sequences despite the shaky cam. They’re all actually really well-staged.

Judging from interviews with Matt Damon about his Bourne movies, the actor clearly finds grim, blank action roles like this one interesting. Elysium’s Max De Costa is beaten down by life, but remains determined to keep going. And I have no complaints about Damon’s performance as Max; he is solidly effective in the role. At the same time, I can’t help but think that they should have cast a Latino actor. It certainly would’ve added some extra oomph to the immigration parable with a non-white hero. Plus, almost all of the secondary Earth-bound characters were cast as people of color.

I tried to go back to the coverage from Elysium’s release to see if there was any mention of originally considering anyone other than Damon, and all I found out was that Blomkamp originally considered both Eminem and another, lesser-known white rapper for role. Ultimately, Damon was cast just for his higher profile and his nice-guy accessibility. That strikes me as weird because I would’ve guessed that the character was originally written as Latino and then changed to accommodate Damon. Seems like a missed opportunity.

And now for a discussion of the ending with SPOILERS.  END_OF_DOCUMENT_TOKEN_TO_BE_REPLACED

I love that I can roll out of bed on the weekend and immediately go see a movie at AMC theaters. And it’s only $6, which is a fantastic deal for the early-rising tightwads who love movies like myself. Sometimes it’s bit weird to kick off the day with, say, a grisly horror film, but generally it works well for me. The only downside is that I always have to smuggle in either Starbucks or a tupperware dish of fresh fruit (because I’m secretly 90 years old on the inside) for breakfast. I will never understand the people I see enthusiastically tucking into a bucket of sloppily buttered popcorn and a tanker truck of Coke at 9:00 a.m. Ew.

This morning I saw Oblivion.

It’s definitely worth the six bucks, but I doubt it’ll ever be one of my favorites. For all its action, it still falls solidly in the realm of “moody sci-fi,” or in other words, “real science fiction,” which only occasionally works for me. The ambitious script had a lot going on, too, dwelling on some details but rushing to accommodate others.  I’m not sure the story holds up to careful scrutiny, but it’s quite engrossing in the moment. Sadly, the trailer gives away far too much. I would’ve enjoyed unraveling more of the central mystery on my own.

My thoughts on In Bruges

An introduction to the Full Stream Ahead Deathmatch